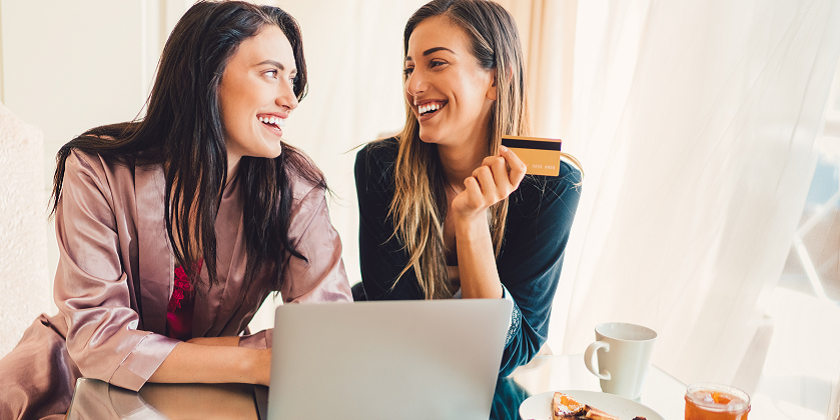 In the current banking age, millennials have become a riddle that financial institutions have struggled to solve. Their reliance on digital (92 percent use online banking channels while 79 percent rely on mobile banking1) means they're less engaged with brick and mortar banks than previous generations. And they're not always loyal; 82 percent of millennials say they'd consider switching banks if they could find a better deal elsewhere.2

Those kinds of challenges have put millennials in the spotlight. But, it's the next crop of banking customers — Generation Z, born between 1995 and 2015, the oldest of whom are in their early 20s — whose influence may count most. As the first generation to grow up entirely in the digital age, they're poised to bring change to the banking and payments industries. Are you ready for what’s to come?

Mobile-driven, with some analog tendencies

Generation Z loses no opportunity to stay connected. Ninety-eight percent of Gen Z owns a smartphone; 52 percent say it's their most important internet device.3 Those tech leanings have subconsciously shaped their expectations for banking and financial services.

"Gen Z is a mobile-first generation," says Stuart Sopp, CEO of Current, a smart debit card designed for teens. "They expect to be able to solve anything and everything from their mobile device, and that includes banking."

They've embraced early adoption of new financial technologies, including digital payments and person-to-person payment apps. Forty-eight percent of Gen Zers who have a bank account use mobile banking, and they're outpacing millennials for digital payment use.4 When it comes to banking, Sopp says, "their expectations are for an app-centric, cashless and paperless experience."

Like millennials, Gen Z is concerned with convenience, but they also place a high value on security. "They find cash to be incredibly insecure, too easy to lose and a hassle to carry around," Sopp says. Digital banking and payment apps offer solutions to those problems.

That doesn't mean, however, that Gen Zers have a blind spot for traditional banking. While they overwhelmingly prefer online and mobile banking, they're more likely than any other generation to visit a bank branch weekly.5 In a press release, Michael Abbott, a managing director in Accenture's Financial Services practice, offered a logical explanation for that behavior.

"For college-age consumers whose first jobs tend to be cash-based, branch usage is more a necessity than a choice," Abbott said. “Clearly, Gen Z consumers prefer to manage their money on mobile devices, but they still need branches to digitize their earnings."5

He suggested that financial institutions should "treat this branch relationship as a near-term opportunity to deepen their ties with Gen Z," while noting that "banks should also look at those habits as a clear sign of long-term demand for cashless mobile payment services."

Overall, members of Gen Z report similar levels of satisfaction with in-person and mobile banking experiences.6 But, as Abbott pointed out in the release, financial institutions should be focused on offering financial education that meets Gen Z's evolving needs to keep them connected on the branch side.

While the digital revolution has been instrumental in shifting how Gen Z approaches banking and financial management, other forces have also made their mark.

"Parents of Gen Z children were impacted by the global financial crisis, triggering a new kind of upbringing for their children," says Yoni Dayan, chief editor at personal finance site Money Under 30. Financial, political and cultural differences between Gen Z and their Millennial and Gen X forbears have resulted in a banking generation that Dayan says is "forward-thinking and self-reliant."

It's those characteristics that are shaping Gen Z to be the next wave of innovators in banking and fintech. Digital currency, for example, is one area where Gen Z is breaking away from the pack. Forty-four percent of 18 to 34-year-olds, which includes older Gen Zers, say cryptocurrency will become a more widely accepted payment method in the next decade.7

"Everyone is using less cash and more merchants are going cashless too," Sopp says. "Knowing this, it only makes sense that a mobile-first generation is going to adopt cashless payments at a higher rate than previous generations."

Sopp says the move towards cashless, digital and cryptocurrency is driven in part by familiarity. "This generation grew up playing video games with in-game economies," he says. "Far from being something new and different, digital currencies are native."

With Gen Z at the helm, banks must adapt

Dayan says that, while Gen Z is creating a new world order for digital banking, it's not all bad news for financial institutions. "This generation values their money and wants to put it where they feel it's safest," Dayan says. That means the door is still open for banks to gain the attention and trust of younger customers, but "institutions must change their approach to banking to capture the loyalty of Generation Z."

Dayan says that can be accomplished by speaking to Gen Z's immediate needs and preferences by streamlining banking processes and offering financial education to help them make smarter money decisions. For Sopp, it's all about moving ahead new digital technologies.

What's more, he says financial institutions will need to be able to meet the needs of a generation that's earning money in non-traditional ways, from freelancing or online side gigs. For example, Sopp says introducing capabilities to help Gen Z manage varying income streams and connect with e-commerce payment platforms they use to run their online businesses is an area that's rife with potential.

Additionally, "the monetization of personal financial information is a trend that will impact banking as this generation continues to grow and mature," Sopp says, noting that Gen Z could be the first generation to control and monetize their own transaction data. That's reflective of a growing push in payments and banking for data monetization, as a means of deriving enhanced value from customer information.

One thing is certain: As more Gen Zers make their entry into banking, both brick-and-mortar and digital banks should be working now to stay ahead of the curve.

"The first wave of mobile banks has jumped past traditional banks, operating without the costly physical footprint, and gaining millennial customers," Sopp says. But with Gen Z waiting in the wings, it could be just the beginning of a fundamental sea change for the banking and payments space.

6. Webpals Mobile. "Webpals Finance Survey: 50% of Customers are Prepared to Switch to a Mobile-only Bank if Their Local Branch Closed," Webpals Finance, November 2018.

7. Jamie Ballard. "79% of Americans are familiar with at least one type of cryptocurrency," YouGov, September 2018.