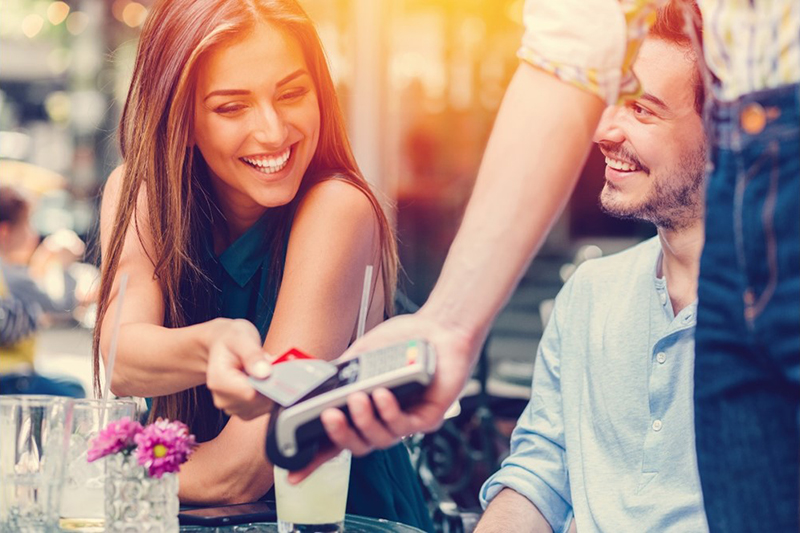 The 2019 Debit Issuer Study, commissioned by PULSE and conducted by Oliver Wyman, reveals five trends that are dominating the debit landscape. Debit card issuers reported an uptick in transaction growth, improvement in key performance indicators (KPIs) and a continuing decline in fraud-loss rates. In addition, their interest is definitely piqued when it comes to issuing contactless cards, and they’re focused on all things digital (think initiatives designed to improve card access and usage, as well as cardholder engagement and security).

Debit continues to own the hearts of consumers as the preferred form of payment. In fact, consumers are adopting new and faster ways to move their money.

As a result, the debit transaction growth rate accelerated from 5.3% in 2017 to 6.7% in 2018, reaching an estimated 68.5 billion transactions. The rise was primarily driven by a sharp increase in card-not-present (CNP) transactions, which increased nearly 24% year-over-year.

“I can see A2A payments becoming more of a thing,” said an executive with a regulated bank. “Square Cash alone is growing immensely. It’s all adding to the pie.”

Cardholders aren’t just receiving a debit card at account opening. Increasingly, they’re activating them and, more importantly, using them. As a result, penetration, activation and usage rates continue to grow. Debit-card penetration increased from an average of 76% in 2017 to 78% in 2018. During the same period, activation inched up from 66% to 67%, and card usage continued its steady climb, reaching 24.8 transactions per month per active card in 2018 versus 23.7 in 2017.

One community bank executive described how their bank is encouraging card use while reducing spend on inactive cards:

“Every time someone opens a DDA, they get a temporary magstripe card for 60 days. As soon as they use that card, an EMV card is mailed to them. So, no one walks away without a card.”

Among the KPIs, the biggest increase was in annual spend per active card, which totaled $11,684, a jump of nearly 8% year-over-year.

Major transit centers such as New York and Boston are expected to be a major driver of the shift to contactless payment cards. The 2019 study found a significant increase in issuers’ interest in converting their cards to contactless technology.

The rapid rise of contactless cards is due to a confluence of factors, including increased cardholder awareness, increased merchant acceptance and lower costs. One of the most frequently cited reasons for the switch is simply “keeping up with the Joneses.”

“I don’t know if the other banks will succeed, but we don’t want to be at a competitive disadvantage,” one regional bank executive said.

For the third consecutive year, issuers’ fraud-loss rates declined. The average net fraud loss per transaction fell to 1.1 cents in 2018 from 1.3 cents in 2017. Net fraud losses per active card declined to $3.24 per year, down about 10% compared to the 2018 study. Nonetheless, issuers faced a combined $3.5 billion in attempted (gross) fraud, and incurred net losses of $960 million, on debit and ATM transactions in 2018.

Fraudsters are increasingly targeting CNP transactions, which constitute one-quarter of debit transactions but account for nearly 70% of gross fraud cases. This means it’s key for issuers to have a layered approach to fraud detection and risk mitigation.

“…It’s easier for people to claim [CNP transactions] as fraud,” a community bank executive said. “All they have to say is ‘no I didn’t do it’ or ‘no I didn’t receive the product.’”

Despite higher incidence of CNP fraud, different chargeback rules for CNP transactions enabled issuers to charge back 56% of gross fraud cases to merchants in 2018, and recover 85% of CNP fraud losses in dollar terms.

Enhancing digital capabilities remains an important objective for issuers, and their strategies are centered on four key components:

For more valuable insights from the 2019 Debit Issuer Study, read the Top 10 Findings: 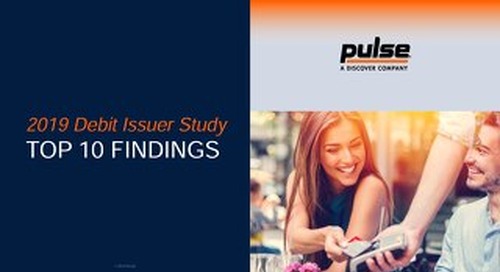 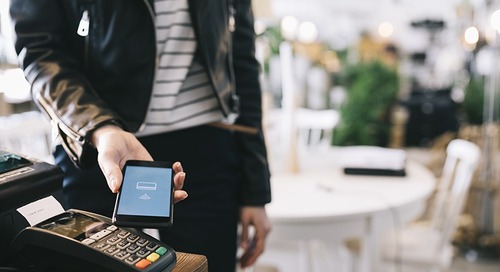 The 2018 Debit Issuer Study has revealed that consumers’ love for debit still runs strong amid an ever-chan... 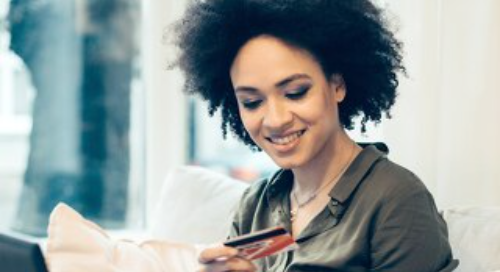 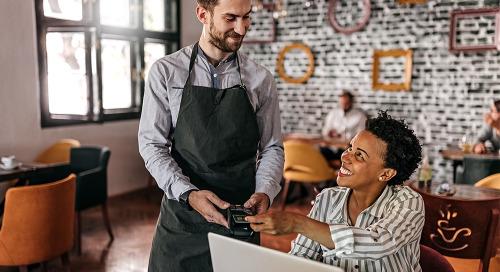 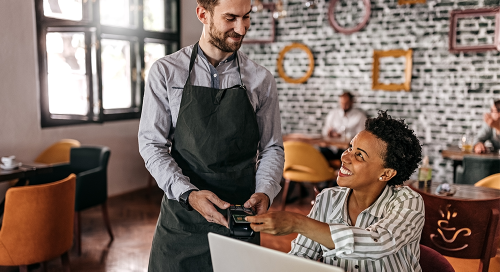 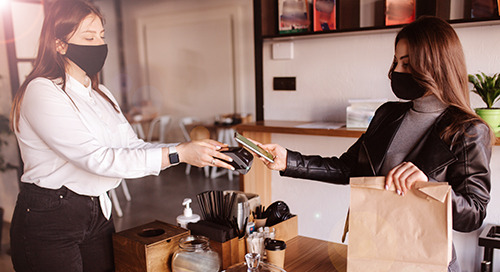 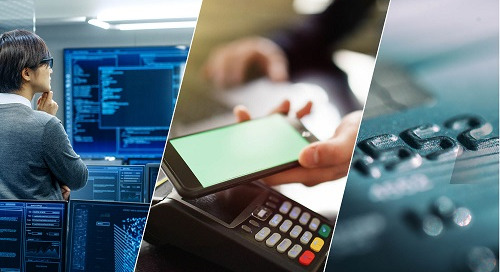 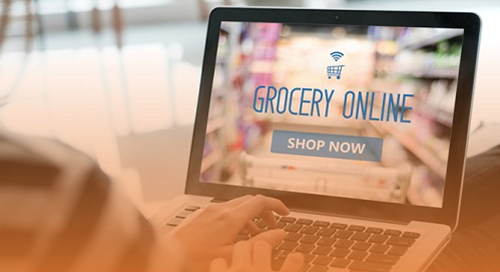 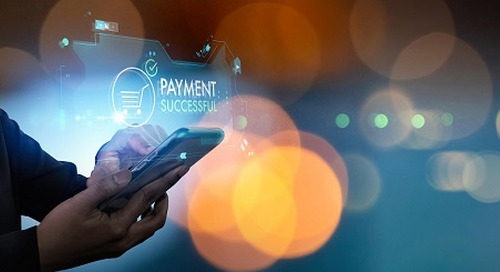 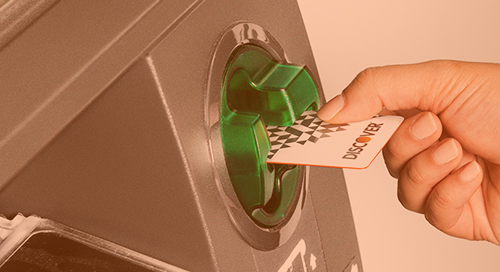 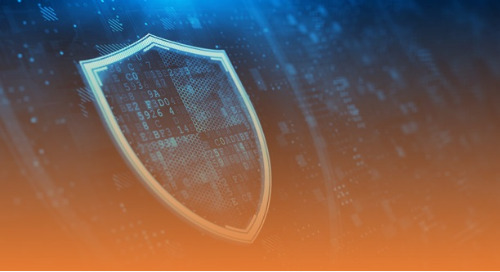 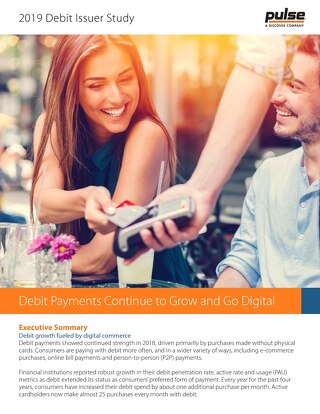 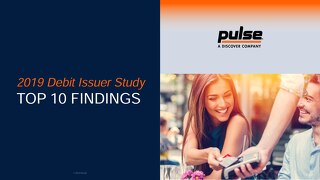 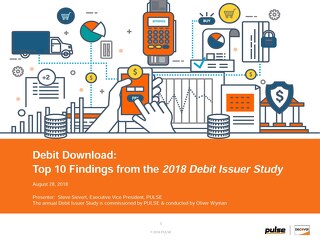 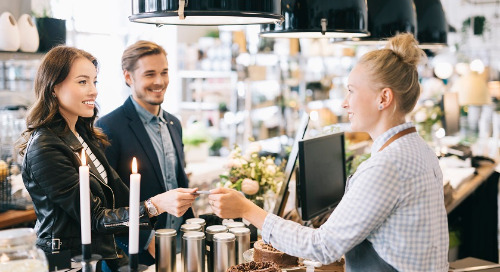