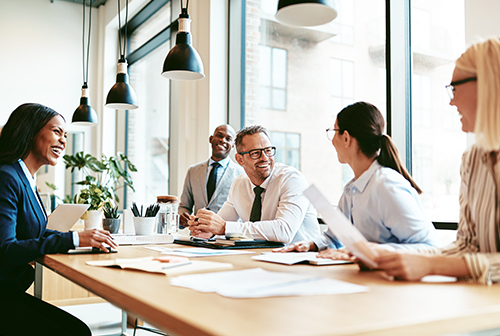 The effort to improve payments experiences is bound to be a permanent part of all our careers. That was one takeaway from The Power of Collaboration in Payments, a panel discussion at a recent PULSE® event. Moderated by Jennifer Schroeder, Executive Vice President of Product Management at PULSE, the panel included payment experts from across the value chain, including a financial institution, processor, merchant and fintech, along with fraud and technology experts. They discussed the challenges of keeping pace with the changing needs and expectations of consumers.

“At PULSE, we know that it’s not about the technology — it’s about the client. Whatever we’re doing, if the service is not reliable or it’s not secure, then everything above that or added onto that will become a problem.”

Why do some innovations, such as contactless, catch fire, while others stumble and fade away?

“Things that help save consumers time and really affect their lives in a positive manner is where we’re seeing adoption,” said panelist John Drechny, CEO of the Merchant Advisory Group.

The idea of keeping it simple was echoed by Matt Herren, Director of Payment Strategy with Computer Services Inc., who was representing the processor point of view.

Drechny pointed to the Scan & Go™ feature at Sam’s Club as an example of a payment capability that consumers have quickly embraced. This example of “ambient commerce” enables consumers to scan items with their phone while shopping, click-to-pay and skip the checkout line.

“Sam’s has seen 20% of their customers using it on a regular basis over a very short period of time,” said Drechny. “It wasn’t just reinventing how the payment happened. It reinvented how the visit happened, and it created a time-saving mechanism for the consumer.”

Asking and answering the question of what consumers want and care about must be a constant, because consumer needs are ever-changing. That’s the challenge described by Randy Lashua, Senior Vice President of Channel Delivery with Capital City Bank. He outlined some of the ideas his institution has considered to boost debit usage, including gamification of debit transactions and teaming up with cardholders to support charitable causes.

Noting that younger consumers are attracted to opportunities to easily contribute to charitable causes, Lashua said Capital City Bank is preparing to deploy a “swipes for charity” campaign.

“We’re going to create an opportunity to have swipes tie back to a charity,” said Lashua. “A certain number of swipes will create a donation to a charity of the cardholder’s choice, and we expect it will appeal to a certain demographic.”

PULSE offers and supports a similar campaign for its Discover® Debit issuers. The “Purchase with a Purpose” program connects issuers, cardholders and local non-profit organizations, with each campaign supported by PULSE with funding for local charities.

Representing the fintech perspective was Trey Maust, Executive Chairman of Lewis & Clark Bank and Co-founder and CEO of its banking- and lending-as-a-service subsidiary, BankEvo. When asked to comment on future trends, he said embedding banking and money movement into commercial enterprises through channel partnerships is where things are going. Maust predicts that institutions will continue to play an important role, controlling the back end and ensuring that the underlying infrastructure of such initiatives is sound.

“What I’ve been surprised by is that regulatory acceptance of this shift is still behind, which is a bit concerning,” said Maust. “It’s really a conversion of an existing model, but it’s looked at differently by regulators in the potential exposure and the unknowns about how fast it can scale and what risks it exposes.”

Later, speaking on the topic of open banking, Maust advocated the use of APIs by institutions and other established payments organizations as a way to encourage collaboration with fintechs.

“If we don’t figure out a way to enable innovation to occur outside of the banking infrastructure, (fintechs) will figure a way of working around us, and none of us (issuers) wants that,” Maust said.

With fraud consistently among the top priorities for stakeholders across the payments value chain, Adam Davies, Vice President of Fraud, Compliance, Authentication and Risk for FICO, cautioned against blindly pursuing payments trends without fully considering the associated risks. For example, the explosion in card-not-present (CNP) transactions during the pandemic correlated with a boom in CNP fraud. He said CNP fraud typically accounts for 70-80% of an institution’s card losses.

“It’s really interesting to hear about all these new ways of digitally enabling things and attracting new customers, but when we do that, we attract more fraudsters,” said Davies. He encouraged the audience to collaborate with cardholders by getting them involved in the process of identifying fraud. “If you make the customer feel protected, and the customer feels that they’re involved in that protection process, their willingness to use that card or that channel again goes up.”

Panelist Randall Hardy, Executive Vice President of Business Technology with PULSE, cautioned that issues related to service and security appear to be on the rise, which is concerning.

“At PULSE, we know that it’s not about the technology — it’s about the client,” said Hardy. “Whatever we’re doing, if the service is not reliable or it’s not secure, then everything above that or added onto that will become a problem.”

Ultimately, the panel’s discussion made it clear that issuers, processors, merchants, fintechs and consumers are all in payments together. The key to keeping pace with constantly changing consumer expectations is strategically forging the right relationships among these stakeholders.