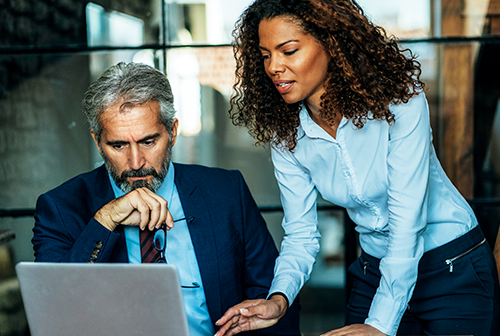 Throughout the payments industry, the recent rise in fraud attacks consistently shows a leading culprit: bad bots and attacks at the Bank Identification Number (BIN) level.

Bad bot traffic accounts for approximately 40% of all network traffic, according to a recent report on bot detection and management from Aite-Novarica Group. Malicious programs are also the underlying cause of most cyberattacks and other cyber-fraud events.

These automated attacks ramp up losses quickly, as fraudsters use bots to ping e-commerce virtual terminals repeatedly in a swift burst of activity. According to Russell Brown, Senior Manager, Fraud Operations and Strategy at PULSE, “A typical bot attack often can make 4,000-6,000 transaction attempts in a period of just 20 minutes.”

To protect against these automated attacks and mitigate risk, many issuers are using innovative methods in today’s constantly evolving landscape. The latest cutting-edge technologies can swiftly analyze data and discover new trends and developments in the scope of these threats. The goal of the new methods: early detection of potentially fraudulent incidents.

At PULSE®, the fight against these automated attacks has been front and center. “PULSE’s fraud team is constantly analyzing data to identify shifts in old patterns, or the emergence of new patterns,” said Brown. “This kind of approach is essential for mitigating the most significant emerging fraud threats and vulnerabilities.”

Advanced detection systems can identify the fraud patterns and trends associated with these attacks. Forward-thinking financial institutions are turning to new technologies that incorporate these advanced approaches to combat and mitigate evolving and emerging threats.

PULSE network participants have access to DebitProtect®, a service that detects possible fraudulent transactions in real time or near-real time.

“PULSE’s fraud team is constantly analyzing data to identify shifts in old patterns, or the emergence of new patterns.”

The DebitProtect® platform provides three levels of service, depending on the needs of an issuer.

Detection and blocking are the ultimate goals

With more than 43% of bad bot attacks globally occurring in the U.S., by far the highest of any country, according to a 2022 report by Imperva, having the safeguards in place is key to reducing risk.

Early detection and blocking can be effective at preventing and mitigating bot and BIN attacks, even at a large scale. A BIN attack can involve thousands of accounts, but if the event can be detected and shut down quickly, the fraud losses are minimal.

“From a fraud-prevention standpoint, it's always our preference to protect our issuers by declining the fraud before it turns into a settled transaction,” Brown said.

PULSE’s fraud operations team is responsive to emerging threats by staying apprised of new tactics and developments, which inform future enhancements to the system. “We are constantly analyzing historical data to identify new and changing fraud patterns and then proactively implementing strategies to protect our customers,” Brown explained.

To learn more about how PULSE can help fight potential fraud, visit us here, contact your PULSE relationship manager or a PULSE debit expert.